Cutscenes That Make the Cut 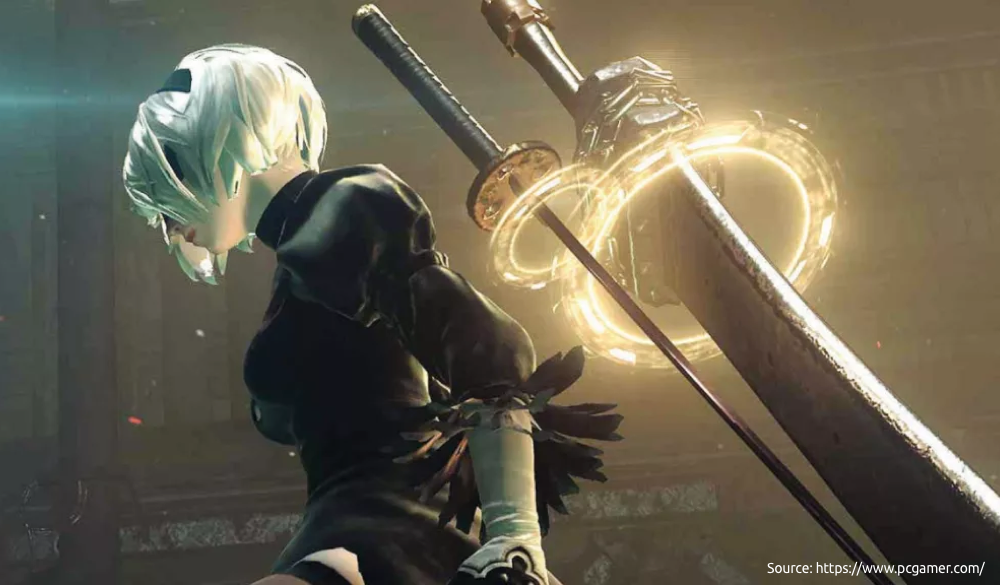 Cutscenes are the movies within games that do what can’t be done while the player is in control. They’re often crucial to progressing the story and can take on a range of different forms. It’s hard to say what makes popular cutscenes so popular, but we can provide some guidelines, and tips and tricks for producing a cutscene that does the job well.

Lights, camera, quick-time event! A cutscene is usually a portion of a video game that involves limited gameplay, advances the story through exposition, and separates different segments of the game. The name was coined from the producers of the classic Maniac Mansion game, when the game would cut away from the player to show scenes of characters acting off-screen. The ‘standard’ format for a cutscene is usually a pre-rendered scene with no gameplay, but this is not the only format cutscenes comes in.

Cutscenes can vary heavily between games, based on design choices:

What is a cutscene movie?

The gameplay was slowing me down. Almost the exact reverse of a skippable cutscene is the cutscene movie. This is when all the cutscenes (or at least the most relevant, canonical, or cinematic cutscenes) are compiled into a video and posted online to view.

This might sound odd to someone who considers interactivity the most important part of gaming, or else doesn’t see gaming as a vehicle for story. But, for many, story is the most important aspect and it can be experienced completely independent of gameplay. This makes sense when you think about how many video games have been adapted into movies, even if the genre is considered mostly disappointing.

So why would someone choose to watch a cutscene movie? Some reasons might include:

How to do cutscenes

Which scene do I cut first?? ✂️  Below is a list of 6 steps you can take when designing a cutscene:

How to run with cutscene creation (once the scissors are down). Knowing how to make a cutscene is a good start, but there’s a lot of extra considerations that go into making it effective and memorable:

What are the best cutscenes in gaming?

Want to be the very best? When you’re looking to create a cutscene that does your game justice, it makes sense to use the best scene out there as inspiration. Ranker.com has a dynamic ranked list of game cutscenes that readers can continuously vote on. As of writing this, the top spots are occupied by popular, classic title and series, including:

But it’s hard to know whether this list is reliable, since it’s ranked by users who may be heavily influenced by nostalgia and who may be voting based on their opinion of the games rather than the cutscenes themselves.

Other lists from sources like gamerant.com and pcgamer.com have lists decided by writers in the industry, which again include popular mainstream titles like those listed above and:

🐔  and 🥚  This doesn’t really tell us whether people like to see cutscenes from their favourite games or if they are favourites because the cutscenes (along with the overall standard of the rest of the game) are of a high quality. Still, since these games are considered some of the best around, they will likely have cutscenes that are well thought out and produced, making them ideal for inspiration.

What are the longest cutscenes in a video game?

Get your popcorn ready! The world record for longest sequence of cutscenes is currently held by Metal Gear Solid 4 at 71 minutes runtime. But when it comes to lengths of individual cutscenes, Star Ocean: The Last Hope wins at 46 minutes (full list of top 10 available here).

The ratio is a little off… When it comes to the amount of cutscene relative to game, a forum post on ResetEra calculated Xenoblade Chronicles 2 had a massive 17 hours and 25 minutes of cutscene time, outstripping the overall playtime itself of many, many games. Although they don’t show their working, TheGamer has a list of top 10 of games they perceive as very heavy on the cinematics.

A beginning, a middle, and an end. When it comes to an individual game, the longest cutscene will often be the end. This is because it’s when most of the game’s story is resolved, any epilogues are shown, and the player’s input into the game is over. There can be multiple endings too if you want to count total runtime across them. Following this the intro is typically second longest for the same but inverse reason that it sets up the context of the game and the scene of the game as it starts.