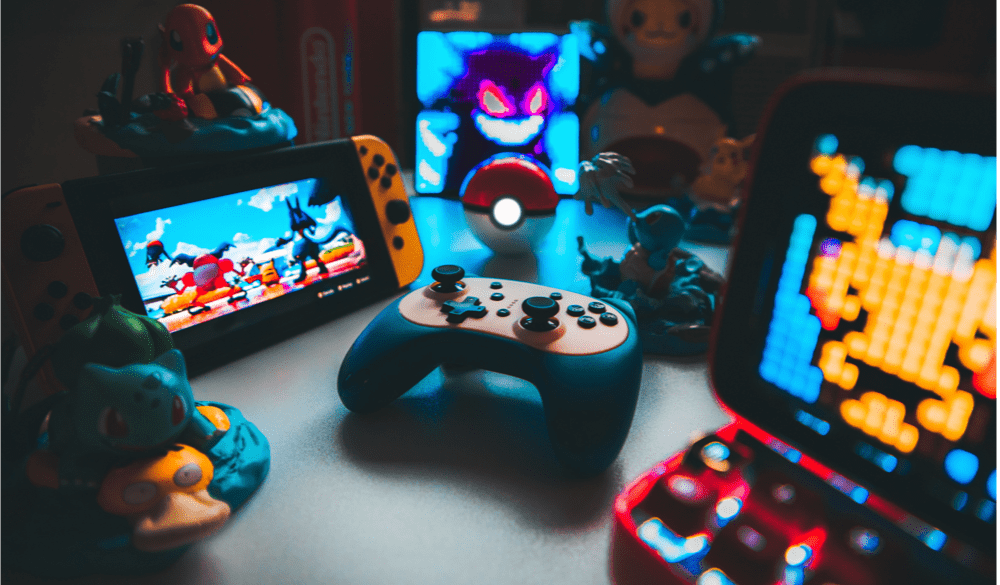 This page = your guide to gaming symbols.

If you’re here we’ll take it as a sign you’re ready to learn a bit more about symbols in gaming. They come in a range of different forms, and as a language you’re likely already familiar with, whether you know it or not. From the classics to the greats, we’ve covered all the bases here. And, we can give you the rundown on how to create your own iconic designs!

What are symbols in video games?

That instrument that goes ‘clang’? A symbol is really any mark or drawing that is meant to represent an idea. Numbers and letters are technically symbols, but so are logos, flags, etc. Some people dedicated their careers to studying how we use symbols – Tom Hanks in the Da Vinci Code, for example.

A complex cipher. While an experienced gamer might take for granted that learning symbols is part of starting most new games, it’s unsurprising it represents a barrier for entry into the genre for some. Examples of where we might see symbols in gaming include.

More than meets the eye; like other forms of art, gaming uses symbols as shorthand visual representations of ideas. David Myers (2006) discusses how the use of symbols when playing games relates to how we play together as human beings. He also points out that the way symbols are used in gaming can affect the way we learn and create meaning based on visual cues. Myers also points out that symbols don’t have a fixed meaning in gaming and we can end up having individual understanding of gaming symbols.

Below are a few examples of commonly used symbols that most gamers (and probably non-gamers too) could easily guess the meaning of:

💪 – Strength or toughness attribute, or something equivalent

🛡 – Literally a shield, but also defences, or defensiveness

So, that’s common sense right? Yes, that’s the point! Using universal symbols to represent concepts in gaming is part of how they’re designed to be player-friendly. Plus, it’s hard to create entirely new meanings for established symbols (many of which predate gaming altogether).

InkbotDesign provides their top 10 list of gaming logos. These are what they consider the most prolific (wide-spread) and easily recognisable among consoles, developers, game titles etc. While logos are a grey area, often containing text (sometimes exclusively), most don’t have meaning outside the aspect of the game industry they’re representing. Also, the stylised and recognisable designs of these texts pushes them into the realm of the symbolic.

Creative Bloq and Line25 both offer alternative contender lineups for best logo. While there’s know way of objectively rating logos, the common denominators across these lists give us an idea of those the experts agree most deserve the top spots. These include: 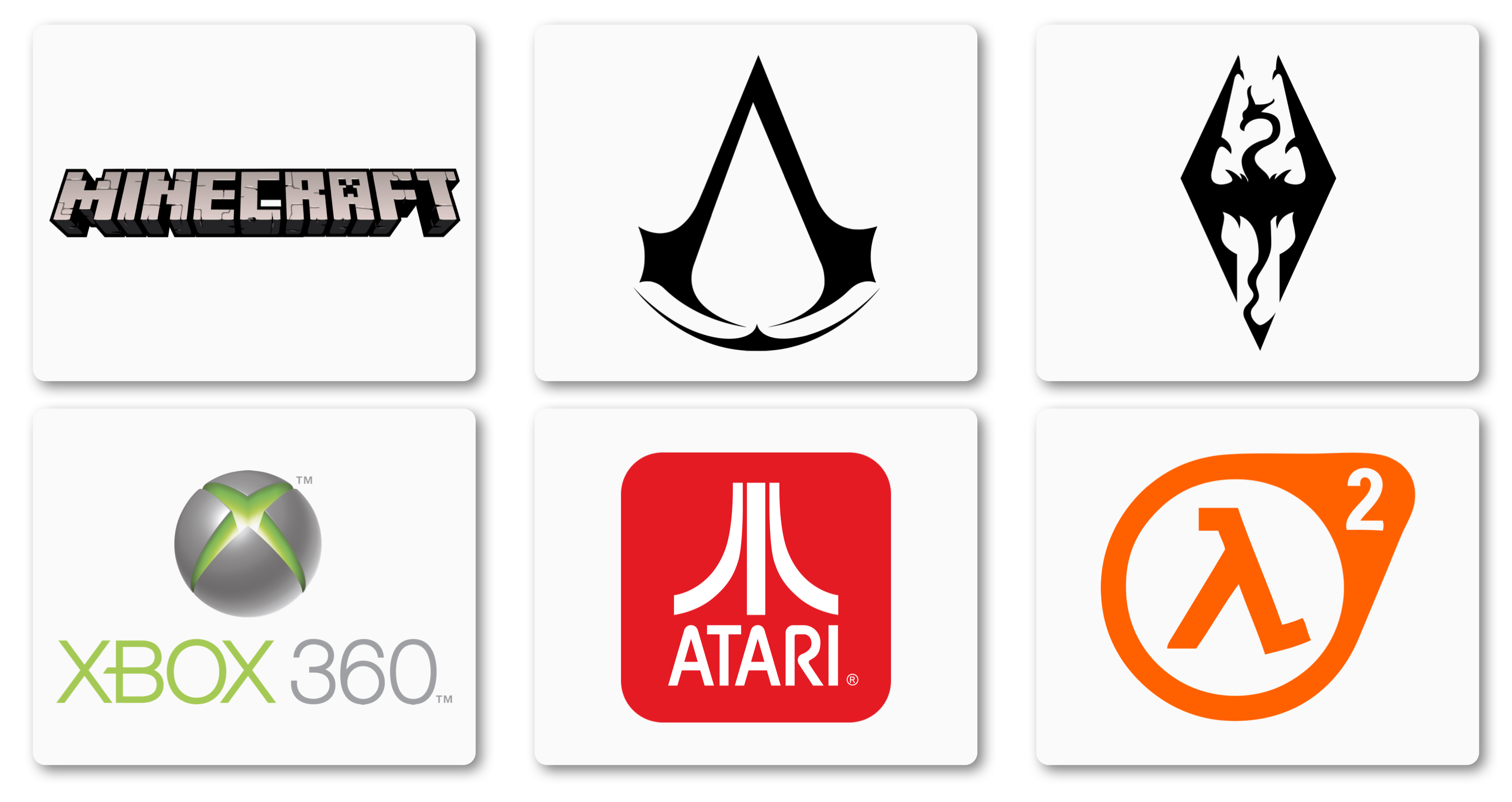 A good symbol will be one that is:

You’re aiming for something that, when looked at, instantly conveys what it is and what game it is part of/related to.

How to design your own gaming symbols

Once you’re ready to get to it, there’s a few steps you need to take to reach you finished icon design:

If you’re looking for a playground to throw finished icons into as part of your game’s prototyping stage, SpaceDraft can help. Our tool lets you upload custom icons (we call ‘em pins) and simulate your game easily and affordably.

Check out an example here: 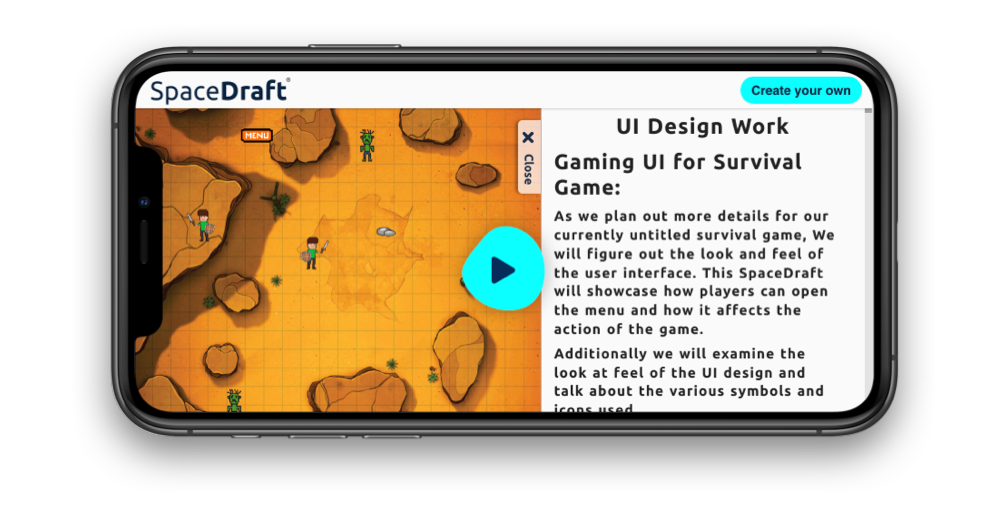 Where to find examples or stock symbols

If you need a starting point for inspiration, or placeholders to shuffle around before you design your own icons, there are places you can find stock icons:

What are game rating symbols?

U for unsuitable? Game rating symbols come on the packaging of a game or alongside a game listed on the game platform(s) it’s sold on. They indicate what age range the content of the game is suitable for. Unfortunately, these ratings are not standardised across countries. He’s a few example national ratings:

There are movements to standardise these ratings, but since censorship is highly political and specific for each country, it’s no easy task to try and find common ground.

Is there really illuminati symbolism in video games? 🔺👁️

Get your foil hats ready! The answer both will and won’t surprise you. Yes, illuminati symbolism does appear in video games, for the sinister purpose of (drum roll)… representing the illuminati when referenced in gaming.

You can find them referenced in card games, slot machines, and unsurprisingly, in video gaming too. FragHero has a convenient video on 8 examples where the illuminati are secretly in control of a video game world. It’s no surprise that the world’s best-known (and therefore ironically least secret) secret society makes for great subject matter when designing games.

The truth probably isn’t out there… While some might argue that the fact they are referenced in gaming is proof they do exist in some meaningful way, it’s unlikely that a shadow society is infiltrating a wider variety of game development companies to sow their symbols into video games like a trail of breadcrumbs. Again, we can turn to the Da Vinci code as a relevant example of compelling fiction.