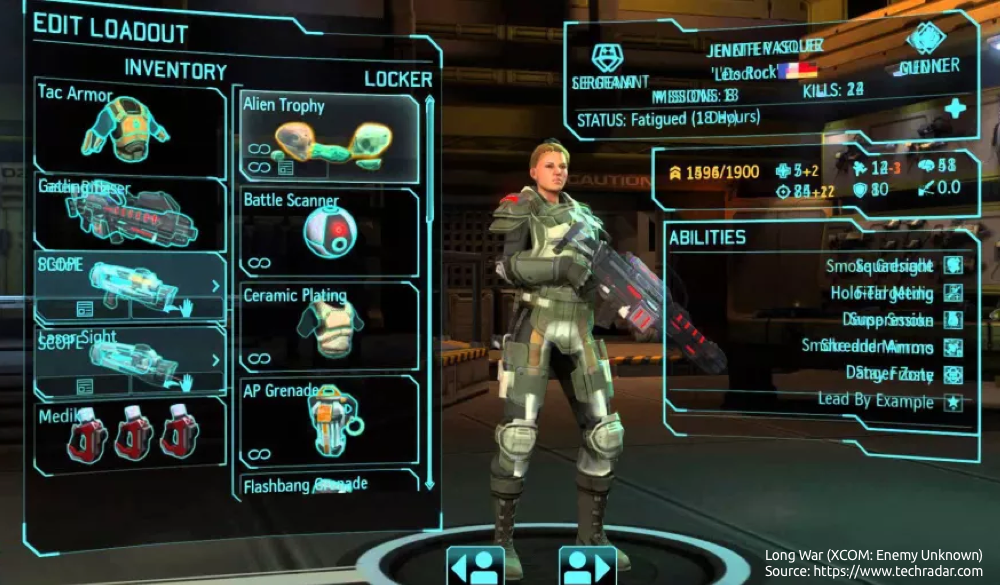 What does replayability mean?

Rapidly repeating repeatedly. Replay value, or replayability, is the extent to which a player might want to play a game again after completing it once or more. A player may wish to play a game they’ve played once before regardless of its replay value, just because they wish to re-experience it exactly as it was, possibly because it’s been some time since they played it first. However, replayability refers to factors in a game that make the player want to replay the game sooner (maybe much sooner) and more often.

So, replayability factors which make a game more appealing to replay more quickly, and often, are what set a replayable game apart from others. Replay value is often a key consideration in game design, particularly when you have limited resources for a game’s production, because it allows you to stretch the value of the game you’re creating further.

Games with the best replayability

Which to replay first? There’s a long list of games that people enjoy replaying. Since most games are designed with replay value, and some people happily replay games with little-to-no replay value built into them, it’s hard to pick winners. Still we’ve combined lists from Review Geek, Games Radar, and Game Rant, and listed some of the common denominators below:

Best board games for replayability

Never-bored games. While board games and video games are by no means identical, looking over some examples of the most replayable table-top games around could give some inspiration as to what replayable mechanics might translate into your game design. Choice picks include:

How to design for replayability

How to ‘pull them back in’ 🧲  If you’re a gamer yourself then you probably know what it’s like to be drawn to replaying your favourite game over and over. As a designer, you want to imitate this feeling in the games you’re developing. Obviously, a good game will itself draw people back to it, but there’s also ways you can actively build replay value into your design too. The main question you want to be asking yourself is, “if I played this game, what would make me want to keep playing after I finished it”.

Below is a list of examples of ways you can design your game to have higher replay value. It’s up to you to decide which to use, and to what extent, based on the game you’re creating.

Rogue-like mechanics – named after the 1980 game Rogue, rogue-like gaming is probably the pinnacle of replayable game design, since rogue-likes are designed to be replayed as part of the main game mechanic. A rogue-like game relies on the player failing over and over, or else the game getting harder on each replay, with the player unlocking extra skills, stats, or anything else that helps them progress.

Multiple story routes/endings – one limitation for a player wanting to replay a game is experiencing the same story twice. While people do watch films and read books again, they may not do so to the same extent someone might replay a game. What games can do that few films and books can, is provide a new story experience the second time around. By providing choices for a player that results in different narrative paths and endings, you can provide a distinctly different experience for subsequent playthroughs.

New Game + – this is a game mode specifically designed as a second playthrough experience. Certain content and mechanics are made unavailable during the first playthrough and then unlocked once the player completes the game once. This encourages additional playthroughs that allow the player to re-experience the game differently. Examples of new game plus content can include:

Unlockables and achievements – these are usually available in the first playthrough of a game, but not always. These can be specific collectables in-game, or else simply achievements for meeting certain criteria. A good example of these is the gem system in the Crash Bandicoot games which are both collectables and also instances of alternate game endings. Steam as a platform has these as an option for all game developers to include in their steam release versions.

Difficulty settings – sometimes these are all available to begin with, and sometimes they are included as part of a new game + unlockable mode. Difficulty settings allow a player to challenge the game as a more difficult challenge during subsequent playthroughs (assuming they didn’t play on the hardest difficulty to begin with). Often, harder difficulties will reward players with extra cutscenes, endings, unlockables etc.

Regular updates/expansions/DLC – this is especially true for online games that rely on monthly subscriptions or microtransactions to generate revenue. But, even for games that are bought by one-off payment can benefit from regular updates, since the more content and replayability a game has, the more likely it is people will recommend it, review it positively, and even buy subsequent games from the same developer.

‘The rest is up to you’. Whether you have the resources to continuously update your game’s content or not, why not let your fanbase do some of the work for you? As long as they don’t violate your end-user license agreement, fans can be extremely helpful in providing free content for your game. You might even want to consider incentivising/rewarding mod creators to improve the replayability or overall design of your game.

To see the extent to which modding can provide replayable content, check out this TechRadar list of the most impressive PC mods ever made. You’ll notice that some of these are so ambitious that they were even spun off into independent games themselves.

Let’s see that again in slo-mo. A different kind of replay in gaming, action replay is a feature taken from sports that is used in gaming too. Either in esports themselves, or as a design feature for games in general, action replays can help focus the players attention on a particular action or event, slowing it down if necessary, making it more memorable.

Many people use action replay software while gaming which constantly records a period of time to be captured and replayed if desired (like pausable live TV). This is particularly useful for streamers or content creators who want to capture specific plays to upload for their audience.